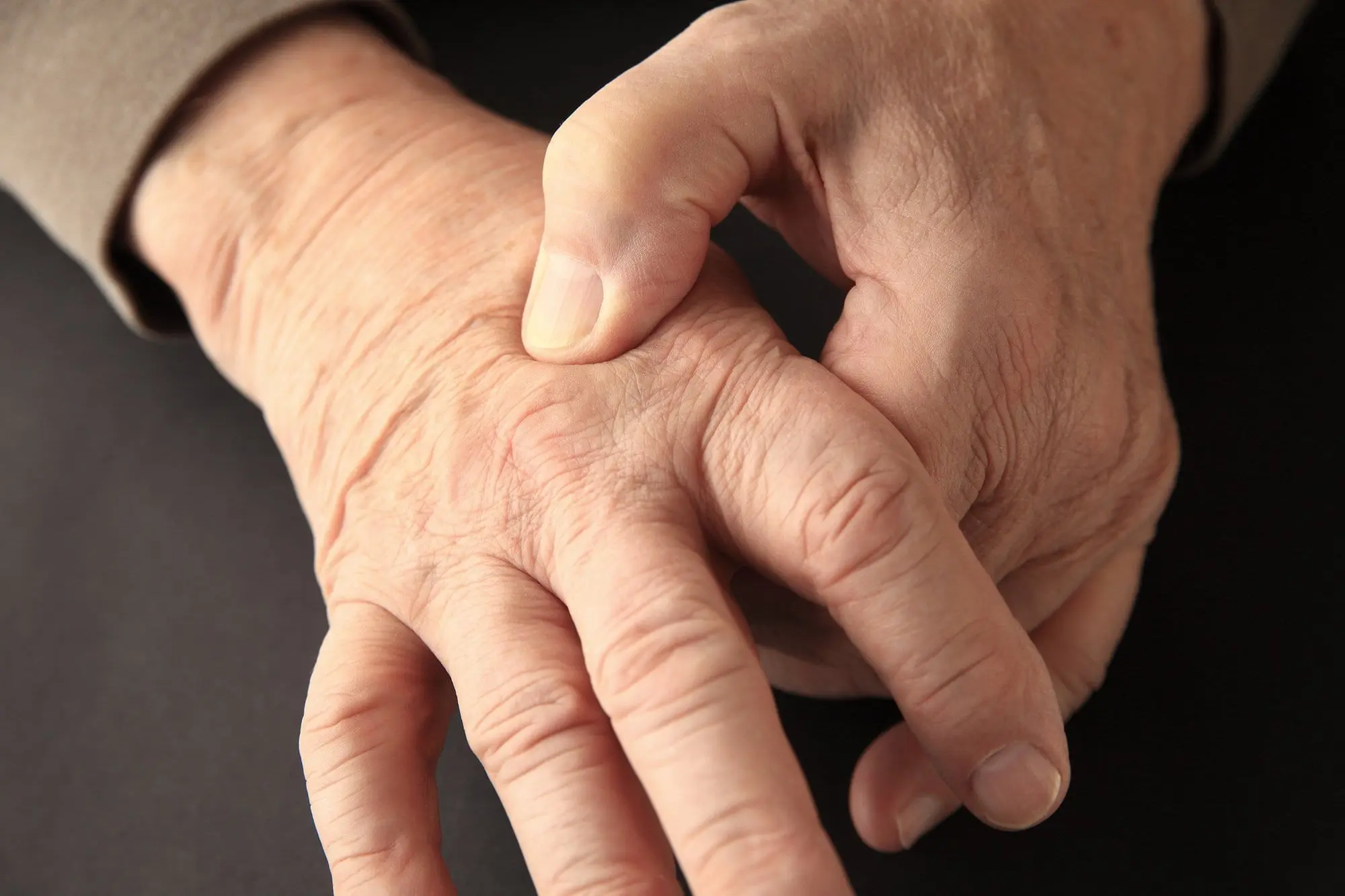 If your doctor has started throwing around the word, “neuropathy,” chances are, you’re worried and unsure of what to do next.

Here, we’re breaking down what causes neuropathy and how to manage your symptoms.

In the simplest terms, neuropathy is a type of nerve damage which can be brought on by illness or injury.

Peripheral neuropathy specifically relates to the peripheral nervous system, which connects the nerves from your brain and spinal cord to the rest of your body, including your:

There are other forms of neuropathy which are defined by the affected nerve area. Nerves are classified into three types:

The symptoms of neuropathy can vary widely depending on the type and severity of nerve damage and what nerve types are involved.

There may also be muscle weakness or paralysis if any nerves involved in motor control were damaged, which can include issues with fine motor control tasks.

If the neuropathy also includes autonomic nerve damage, symptoms will include disruption to involuntary bodily functions. These include digestive or bladder problems, changes in heat tolerance, and changes in blood pressure which can cause dizziness.

Here, we’ve broken down fifteen different potential causes of neuropathy. While many other illnesses and injuries can cause neuropathy, these are among the most common.

Out of all the potential causes of neuropathy, diabetes is one of the most common culprits–and among patients with diabetes, neuropathy is a major concern.

In a 2014 study of 250 diabetic patients, 74% of them had neuropathic pain, primarily among older patients.

This is because of blood sugar problems that are at the heart of diabetes. Specifically, chronically high blood sugar can cause damage to the nerves over time, resulting in neuropathy.

The best first step is to get your diabetes under control, which reduces your risk of developing neuropathy and other diabetic complications (like kidney problems) which also put you at risk of neuropathy.

If you do have diabetes, here are seven warning signs of diabetic neuropathy to watch out for.

That said, there are plenty of causes of neuropathy besides diabetes. One of the ones you may not have heard of is alcoholism.

In order for your nerves to function properly, your body needs to maintain the right levels of thiamine, niacin, vitamin E, vitamins B6 and B12, and folate. Excessive consumption of alcohol can affect these nutrients.

If you drink too much every now and then, it won’t ultimately affect how your nerves function.

Since we know that alcohol can contribute to neuropathic symptoms, it shouldn’t be surprising that there are some drugs that can cause neuropathy–or, at least, drugs that interfere with the normal functioning of your nerves, resulting in neuropathic pain.

One of the common culprits? Chemotherapy drugs, which can create what’s called chemotherapy-induced peripheral neuropathy (CIPN).

The basic premise behind most chemotherapy drugs is to try to kill the cancer cells before the chemotherapy kills too many of your healthy cells. The problem is that cancer cells are still your own cells, which makes it tricky to create a targeted treatment.

While hypothyroidism isn’t as common a cause of neuropathy, it is known to cause neuropathic pain in some cases, specifically in cases of severe, untreated hypothyroidism.

While the exact relation between hypothyroidism and neuropathy isn’t fully understood, doctors do know that hypothyroidism can cause excess fluid retention, which can exert pressure on nerves.

The most common area for this to happen with hypothyroidism is in the wrists. This is because the nerve connecting to the hands has to run through a tunnel of soft tissue. If this tissue swells, it can create pressure on the nerve, resulting in carpal tunnel syndrome.

Neuropathy caused by kidney failure (also called uremic neuropathy) is another complication to watch out for with diabetes. It’s also a major risk to be aware of if you’re undergoing dialysis.

This is because the nerves of uremic patients are chronically depolarized between dialysis treatments. Patients will experience an improvement in their symptoms after each dialysis.

The problem is that kidney failure doesn’t have quick fixes–ultimately, you need to have a kidney transplant. This means that the neuropathy can worsen the longer it takes to get your kidneys back to normal functioning.

Lupus is a type of autoimmune disease, a degenerative disorder in which the immune system attacks its own cells.

There are two main types of lupus:

SLE, on the other hand, can affect the skin and vital organs. A common symptom is a raised, scaly rash on the nose and cheeks.

Lupus can also damage connective tissue in the joints, skin, and muscles, and may also affect the lungs, heart, and kidneys. Sometimes, lupus can directly affect the brain, though this is rare.

Uncontrolled lupus can result in neuropathy over time, which can worsen if the disease remains untreated.

Charcot-Marie-Tooth disease (CMT) is one of the most common inherited neurological disorders. Since it is a neurological disease, it shouldn’t be surprising that it can result in neuropathy.

In fact, CMT (also called hereditary motor and sensory neuropathy or HMSN) is part of a group of disorders affecting the peripheral nerves. These are called peripheral neuropathies.

CMT affects motor and sensory nerves, frequently appearing as a weakness of the foot and lower leg muscles. This can result in a variety of foot problems from a high-stepped gait to high arches to hammertoes.

Unlike many illnesses listed here, CMT doesn’t result in nerve damage, but rather is directly tied to nerve damage. The disease results from mutations in the genes responsible for producing proteins involved in the structure and function of the peripheral nerve axon or myelin sheath.

Multiple sclerosis (MS) is basically the worst of both worlds where neuropathy is concerned.

In simple terms, MS is an immune system disorder. The body’s immune system attacks a fatty material called myelin which protects nerve fibers. As myelin deteriorates, your brain can’t send signals to your nerves as it needs to.

This can result in a variety of problems, including:

As demyelination occurs over time, the brain cannot send and interpret signals from the peripheral nervous system. This can result in sensations of pain that are the hallmarks of neuropathy.

Since MS is a disease of the central nervous system, many MS patients aren’t familiar with the peripheral nervous system. However, neuropathic symptoms can be a sign of worsening MS and should not be ignored.

Another disease you probably don’t think of when you think of neuropathy?

Human immunodeficiency virus, or HIV, which is somewhat ironic considering that disorders of the peripheral nerves are some of the most common HIV complications.

HIV is a virus that attacks the immune system, specifically the T cells. Unchecked HIV can destroy so many of these cells that the body is unable to defend itself against even the most minor infections like the common cold. This leads to a great risk of opportunistic infections and signals that a person has AIDS.

HIV neuropathy can manifest in a variety of ways depending on the patient. It can also result from HIV medications, resulting in antiretroviral toxic neuropathy.

It can affect motor and sensory nerves, thoracic nerves, cranial nerves, or autonomic nerves. As such, the symptoms rely on what nerve areas are affected the most and the progression of the disease itself.

Another disease that is a pressure cooker for neuropathy is Guillain-Barre Syndrome (GBS), another inflammatory disorder of the immune system.

In fact, GBS is characterized by the immune system attacking the peripheral nervous system by attacking the myelin sheath, rather like multiple sclerosis.

The difference between GBS and MS is that GBS can set in much faster than MS. It can be anywhere from a few hours to days to three weeks. Because of the rapid onset, it is called a syndrome and not a disease, as it is still unclear whether a disease-causing agent is involved.

The first symptoms include weakness or tingling in the legs. This can spread to the arms and upper body and increase in intensity until certain muscles cannot be used. In severe cases, a sufferer may become completely paralyzed. They will have to be monitored for heart problems, infections, and respiratory issues.

That said, most patients do have a good recovery, even from severe cases of GBS, though how long the recovery process takes can vary from a few weeks to a few years. The onset of the disorder and the recovery period is when patients are most likely to have neuropathic pain.

Last but not least is amyloidosis, a rare disease that occurs when a substance called amyloid, which is produced in your bone marrow, builds up in your internal organs.

The symptoms of amyloidosis depend on the type of amyloid building up in your system and where the amyloid is depositing. Amyloidosis most commonly affects the kidneys, liver, digestive tract, spleen, and nervous system.

As such, it can create a wide variety of symptoms. These range from an enlarged tongue to numbness in the hands and feet. It can also cause significant weight loss.

While there is no cure, treatments can help mitigate symptoms and limit the production of amyloid. This can also help you manage neuropathic pain associated with amyloidosis.

If you have any of these illnesses, you know that managing them is an ongoing process that takes dedication and patience. Managing neuropathy works very much the same way.

Managing neuropathy often involves physical therapy. This helps to keep your muscles working as well as possible. Which, in turn, mitigates the effects of nerve damage. But it isn’t quite like physical therapy for a shin splint or an injured shoulder.

That’s why we offer specialized physical therapy for many types of neuropathy.

If you need help managing your neuropathy, the first step is getting the right medical team on your side.

That’s where we come in. We’ll identify the causes of neuropathy, before arranging the right kind of therapy for you.

Click here to make an appointment or request a free screening. Or take a look at our various physical therapy locations. 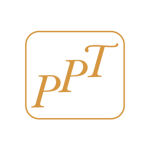 BETTER HEALTH IS OUR MISSION